QTerminals Antalya Cruise Port: A major international airport, a wide range of hotels and a variety of important archaeological sites such as Aspendos, Perge and Side, the port has all the appeal necessary to be a key homeport on the Mediterranean, and has all the operational possibilities.

Antalya is the number one holiday destination in Turkey and attracts almost half of all tourists visiting the country.

Kaleiçi – Old Town, is the historical core of Antalya city. It is a picture-postcard district of narrow streets and old wooden houses surrounded by the historic city walls. Old Town is one of the most charming landmarks of city. It is surrounded by two fortified walls. From the Hellenistic, Roman, Byzantine, Seljuk and Ottoman eras to the present day, you can find the layers of history. The historic city centre of Antalya, Kaleici offers everything such as traditional old houses, sweet restaurants, souvenir shops and bars filled during the week.

Aspendos was an ancient city in Pamphylia, Asia Minor, located about 40 km east of the modern city of Antalya. The theatre hosts the annual Aspendos International Opera and Ballet Festival organized by Turkish State Opera and Ballet since 1994, with international participation of opera and ballet companies and an audience of about 12,000. Aspendos impresses visitors with its elegant amphitheatre and other ancient remains. The theatre of Aspendos is one of the most magnificent and well preserved buildings in the world built by the Romans.

Olympos Olympos Ancient City is located within the borders of Kemer town in Antalya province of the Mediterranean region in Turkey. There are lots of Roman and Byzantine remains in the ancient city of Olympos that you can visit. Ancient City of Olympos, which was included on the UNESCO Tentative List in 2009, is one of the outstanding universal values of Turkey. Also you can visit Yanartaş (Flaming Stones) Chimera, it is the site of dozens of small fires which burn constantly from vents in the rocks on the side of the mountain. Directly below the fires are the ruins of the temple of Hephaistos, the Greek god who was associated with fire through his role as the blacksmith to the gods, it has been suggested that the fires are the inspiration for the fire-breathing Chimera in Homer’s Illiad.

Side is set on a peninsula with sandy beaches to either side, surrounded still by the ancient city walls. It boasts an impressive ancient Hellenistic theatre, the largest in the area, with seating for 17.000, overlooking the sea; a charming museum and the stunning Temple of Apollo, a romantic spot at sunset. Side has something for everyone; great beaches, history, an abundance of shops, lively nightlife and a good choice of restaurants.

Phaselis, founded in 693 BC, Phaselis was an important port city in history. This port city, which has a rich history, is crucial for its ruins, historical amphitheatre, aqueduct, agora and baths. Combining history and the sea, Phaselis is an ancient settlement where ancient ruins enrich your holiday experience. You may breathe the historical tissue in Phaselis, which is a must see place. Ancient City of Phaselis, which was included on the UNESCO Tentative List in 2009. 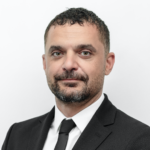 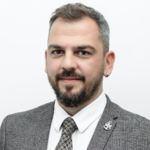