Samer & Co. Shipping S.p.A. was established back in 1919 in Trieste, (Italy), where it is still headquartered, and acts today as Ship Agent, Port Terminal Operator, International Freight Forwarder, Agent of the Lloyd’s of London and P&I Correspondent. The company has branch offices in strategic locations throughout Italy and sister companies overseas, in Slovenia, Croatia, Bosnia and Herzegovina, Serbia, Albania, Montenegro, Austria, Mongolia and Japan.

Since 1987 Samer & Co. Shipping has been operating what has become the most important Sea Highway of the Mediterranean Sea, connecting Turkey to Europe, via Trieste, with a unique model of multimodality, since it involves shipping by sea, rail, air and road, with an overall movement of over 200,000 trucks and containers every year.

By owning port terminals and related storages inside the Port of Trieste, the company has specialized its business in Ro-Ro shipments, heavy lifts, commodity handling and reefer cargoes, providing services of loading/unloading, stuffing and warehousing.

The company’s international freight forwarding division fully meets inquiries for import/export shipments by sea, air and land, from/to any destination in the world, thanks to its direct presence and a network of world-class partners.
Other Information

Its development was fostered during the 1930s by opening branch companies in Rijeka and Susak (presently in Croatia). Although both offices were closed down after the Second World War, the company’s contacts with former Yugoslav countries and markets are still tight. In 1932, the company was appointed Lloyd’s of London Agent and in 1972 Agent for the Institute of London Underwriters. As Ship Agent and Broker, Ellerman & Wilson Lines Trieste used to act as General Agent for Italy on behalf of major private ship owners and numerous state shipping companies, like those of Argentina, India, Ethiopia, the former Czechoslovakia and Turkey, which today still is the country most connected to the company’s core business.

In 1973 Ellerman & Wilson Lines took over Edgar H. Greenham & Co., an insurance company established in Trieste back in 1826, whose business has since been managed separately as a sister company with its own brand. In 1981 the EWL Group carried out a major reorganization, whereby the capital shares of the Italian office were taken over by the local shareholders, under the guidance and direction of the then Managing Director, Capt. Dario Samer, who was the first non-British manager at EWL. Since the early 80s, Dario managed the company together with his son Enrico and daughter Lilli. In 1985, the company style was changed into Samer & Co. Shipping SpA.

At the end of the 1990s, with the privatization of the ports in Italy, the company also became port terminal operator through sister companies, and specialized in three sectors: Ro-Ro shipments with the company Samer Seaports & Terminals Srl, heavy lifts and project cargoes through Frigomar Srl, and reefer cargoes with Terminal Frutta Trieste SpA. Since 1998 Mr. Enrico Samer succeeded his father Dario as General Honorary Consul of the Republic of Turkey for North-Eastern Italy.

Over the decades, Samer & Co. Shippingopened sister companies overseas, with an ever-expanding business mission. In particular, in recent years the group has been its freight forwarding division, in parallel with the other long-established businesses, creating an international network of significant partners in ocean, air and land transport. The company is currently chaired by Mr. Enrico Samer, who is also the CEO for sales and operations, while Mrs. Lilli Samer is the CEO in charge of insurance and administration. 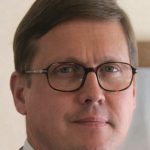