The Port of Catania is located right in the middle of the Mediterranean basin and it boasts nearly 600 years of history. At present, quays for cruise ships (piers 10-11-12-13) are located at the “Sporgente Centrale”, where you can ﬁnd a cruise terminal, a guest information service, a wide area for buses for shore excursions, taxis, sightseeing buses and a parking for embarking people arriving by car.

The cruise terminal is just a ten minute walking from the city center, with its monuments, churches, shops, coﬀee shops and restaurants. The ﬂaming red of the Etna lava, the brilliant white of the snow covering the volcano in the winter season, the impenetrable black of the lava stone, the dazzling yellow of the countryside in summer and the luxuriant green of woods and ﬁelds in spring, are all colors identifying Catania. This city has a very rich and long history, it was founded in the 8th century BC by Chalcidians, its old town, besides being one of the biggest examples of baroque architecture in Italy, is a World Heritage Site, protected by UNESCO.

Catania has been a native or adoptive homeland of some of Italy’s most famous artists and writers, including composers Vincenzo Bellini and Giovanni Pacini, and writers Giovanni Verga, Luigi Capuana and others. The city is the main industrial, logistical and commercial center in Sicily, but it is also a major tourist destination and it has the largest airport in Southern Italy.

Among the most popular tourist attraction you can ﬁnd the Cathedral, which has been destroyed and rebuilt several times because of earthquakes and eruptions of the nearby Mount Etna; the ﬁsh market, where a smelly and colorful atmosphere greets people, the Ursino Castle which stands like a stronghold made of lava stone; the Roman Theater built in late antiquity, around 300 B.C. which was rebuilt on an older theatre from the 500 B.C.; the Achillian Thermal Baths dating back to the IV-V century.

Catania is dominated by the majestic Mount Etna, known and loved by tourists from all over the world, which is just 40 minutes away and is the largest and most active volcano in Europe. Last but not least from Catania you can visit the worldwide known Taormina, a charming village perched on a rocky promontory high above the sea.

Catania Cruise Terminal Srl (Catania Cruise Port) has been managing the cruise operations of the cruise terminal of Catania, offering transit, inter-porting and homeporting operations, as well as an increasingly wide range of ancillary services since 2011. Catania Cruise Port is located in the middle of the Mediterranean, equidistant from the Suez Canal, Gibraltar and all African and European ports: this is why it is the crossroad of major cruise itineraries. But it is not the main port in this area. For number of passengers handled and calls the key ports are Civitavecchia, La Valletta, Napoli and those of the Pireus area. The main Cruise Lines that lands in Catania are: TUI Cruises, MSC, Azamara, Carnival Corporation & plc, Holland America, Oceania, Regent, Seabourn, Viking. The Sporgente Centrale quay is just a short stroll from the city center and the railway station, and it’s just a 10-minute drive to the Vincenzo Bellini Airport in Catania. The terminal is integrated with the surrounding city and represents the starting point of the water front. Ideal for year-round cruising, Catania enjoys a mild climate, with less than 46 rainy days and a warm climate from October to March. Throughout the year it offers plenty of excursions and activities within a short driving distance from the berth. There is a high potential for pre- and post-cruise packages, thanks to the high number of hotels and the port’s proximity to the city center and main air-train-road networks. The Vincenzo Bellini International Airport (which handled 7 million passengers in 2016) is only 5.3 km away.

Etna Mountain and Volcano House (Volcanological Museum Of Etna): a volcanic complex originating in the Quaternary, Etna is the highest active terrestrial volcano in the Eurasian Plaque. Its frequent eruptions throughout history have changed, sometimes even profoundly, the surrounding landscape. On 21 June 2013, UNESCO included Mount Etna in the list of World Heritage Sites. In the Nicolosi village is located the “Volcano House”, the Vulcanological Museum of Etna. The museum was inaugurated in 2002 and is in the historic home of Gemellaro brothers, scholars and volcanologists of Etna. The museum has been revisited in a modern and multimedia key, reorganized in the contents and in the exhibition area. It examines and illustrates, in a simple and clear way, all Etna aspects: myths, history, scientific theories and its nature.

Catania was founded in the 8th century BC by Chalcidians. The city is well known for its history, culture, architecture and gastronomy: its old town besides being one of the biggest examples of baroque architecture in Italy is a World Heritage Site, protected by UNESCO.

It is therefore rich in monuments to visit, such as the Roman theater, the Ursino castle, the Duomo and the Achille’s Thermal Baths. Other four of 7 sites in Sicily that have been awarded the World Heritage title by UNESCO can be visited by cruisers landing in Catania: 1. Villa Romana del Casale in Piazza Armerina, 2. Late Baroque Towns of the Val di Noto (Caltagirone, Militello Val di Catania, Catania, Modica, Noto, Palazzolo Acreide, Ragusa, Scicli), 3. Syracuse and the Rocky Necropolis of Pantalica, 4. Mount Etna. Activities include sightseeing tours to places of interest and excursions to Mount Etna. 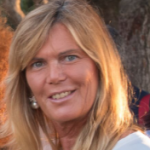