Founded in January 1995 as a public society of the automomous city of Ceuta assigned to the tourism area of the city.

The history of Ceuta has always faced the sea, the sailors form older days and their hunger for trading routes and strategical points ght them to Ceuta. Phoenicians, Greeks, Cartaghians, Romans, Muslims and Portuguese, either passed by or settle in the city and always with the same target, to take the control over the straight of Gibraltar, which is the key to two seas, Atlantic ocean and Mediterranean sea, and the gate to two continents, the European continent and the African continent.

Roman settled in Ceuta (what they called Septem Frates), during the 3th and 4th century and built a dry fish and garum factory that distributed the products to the whole Roman Empire. As the Roman Empire fell, the colonies were left behind, so Ceuta was abandoned, and by the 7th century and after many sackings the muslims established in Ceuta. Ceuta was ruled by different muslims dinasties, fatimíes, hamudíes, meriníes even omeyas settled here ( those who conquered what they called the Al-Andalus). The 21st of August of 1415, Don Juan I of Portugal conquer Ceuta in just one day, being Ceuta a Portuguese colony up to the reign of PhilipII that joined the Spanish and Portuguese crown by marriage.

The year 1640 both crowns were separated again, but Ceuta wanted to belong to Spain and denied the new Portuguese king Joao IV, so they choosed to become Spanish, that was made official by the treaty of Lisbon that was Signed in 1668, since then Ceuta has been a Spanish city.

The main aim is to attract tourism business to the city. We want that our visitors feel comfortable and that their expectatives of a delightful visit to our city are fulfilled, so we are always pleased to adapt to our tourist.

The area that we covered is the whole city including both of its mounts, Hacho and García Aldave, but the actual raw diamond of the city is down town, where the cultural, gastronomical, leisure and shopping area are located, so you may be enjoyining tapas, getting yourself some gifts from them or enjoying the monuments and museums that Ceuta offer. 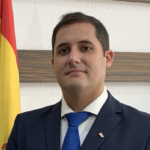