The Deputy Ministry of Tourism constitutes a transformation of the Cyprus Tourism Organisation (CTO) and was established and operates in accordance with the provisions of the Law providing for the Establishing of a Deputy Ministry of Tourism, the Appointment of a Deputy Minister of Tourism to the President and for relevant matters of 2018. According to the Law, the objective of setting up the Deputy Ministry of Tourism is to establish a strategic and supervisory authority with powers to develop a national strategy for tourism, promotion and projection of Cyprus as a tourist destination, as well as implementation of tourism legislation with the following, among other, main responsibilities: – Establishment, coordination and implementation of an integrated National Tourism Strategy using the necessary horizontal policies. – Support investment in Tourism. – Promotion of tourist awareness, education and training. – Implementation of tourism legislation and supervision of the tourism sector.

With its close proximity to Middle East ports, excellent port facilities and the many and varied main attractions found just a short distance from them, Cyprus is an ideal port of call for cruises of all sizes. The rich cultural sites of Cyprus can be explored with ease and comfort during the course of a ship’s short call to the island. These factors, and many others – such as an exceedingly safe environment and demonstrated commitment to the highest travel standards – have made Cyprus one of the most vital and important cruise centres in the Eastern Mediterranean. Many cruise ships already use Cyprus as a base for mini-cruises to popular Middle Eastern destinations during at least four months of the year. Furthermore, most international cruise liners sailing the region include Cyprus in some portion of their itineraries.

At the crossroads of a melting pot of cultures for over 10,000 years, the tiny island is endowed with a remarkably rich historical legacy that encompasses Neolithic ruins, instantly identifiable Greek and Roman sites, formidable Crusader castles, Early Christian basilicas, luminous Byzantine churches, and so much more. Whatever the season, Cyprus provides ample opportunity to experience something new, interesting and exciting, including activities, events, customs and places that are unique and special to the island. Major places of interest can be reached within an hour drive from the ports of Cyprus. The most impressive archaeological and historical sites are most accessible from Limassol (Lemesos) Port. They include Kourion – an ancient Greco-Roman theatre dramatically perched on a cliff, overlooking lush green fields and the blue Mediterranean Sea – and the Medieval Crusader fortress of Kolossi.

Head north from Lemesos and you’ll find yourself in the foothills of the pine-forested Troodos Mountains, with charming villages of stone-built houses, such as Omodos and Laneia along the way. Pafos (Paphos), on the western coast, has so many historical sites that the whole of Kato Pafos has been placed on UNESCO’s World Cultural Heritage List. Amongst its most fascinating sites are the ancient Roman mosaics at the Houses of Aion and Dionysus, the Tombs of the Kings, and Saint Paul’s Pillar. Varied and interesting excursions can also be organised from Larnaka (Larnaca) Port. These include the Medieval village of Lefkara – famous for its handmade lace, the Troodos Mountains, the capital Lefkosia (Nicosia), and the sights around Lemesos and Larnaka.

With so much to see and do on a compact and beautiful island, discovering something new and interesting on a short stop-over is not only easy, but an experience to be savoured and enjoyed. What is more, as the easternmost island in the Mediterranean, Cyprus is a natural point of departure for exploring the amazingly diverse region, offering the opportunity to enhance your holiday to the island by extending it to other countries. Locally-based cruise lines and other international companies offering homeporting operations from the island, depart from Limassol (Lemesos) Port – mainly during the summer months – and provide locals and tourists alike with the unique experience of enjoying the splendours of ancient Egypt, major attractions in Israel and Lebanon, and the charming Greek islands – all just a short cruise away.

The beautiful island of Cyprus offers an all-year-round, comfortable, safe destination, and is unique for being a port of call and a home port. Envisioning the ideal Mediterranean idyll brings to mind scenes of landscapes laced with olive trees… stunning cliffs… picture-perfect coastlines… the welcoming smiles of locals who love life, and an evocative sense of antiquity. This vision has a name: Cyprus. At the crossroads of the Eastern Mediterranean, Cyprus offers a diverse range of topography and the opportunity for travellers to experience 10,000 years of living, cultural history – all in a comparatively small area.

Though a part of Europe, Cyprus lives and breathes a heritage that could only come from being at the centre of so much world history for so many centuries: Neolithic sites; enthralling sanctuaries to Aphrodite; Roman villas with ornate mosaic floors; city walls erected by Venetians, and a plethora of native treasures and traditions too.

Within the space of a single day, passengers who arrive at a port in Cyprus can take in a number of historical and natural attractions, from the Lemesos (Limassol) Medieval Fort to Kolossi Castle – a Crusader fortress, and the stunning Greco-Roman theatre of Kourion. In the west, the birthplace of Aphrodite and lively Pafos (Paphos) with its Roman mosaics and wealth of archaeological sites await discovery. To the east, the ancient city-kingdom of Kition – and Larnaka’s many quaint villages with their traditional handicrafts – are a delight to explore. Inland, the Troodos Mountains are home to winemaking villages, natural trails, Byzantine monasteries and painted churches. It won’t take long to see and appreciate all the diversity that Cyprus has to offer.

In less than an hour, travellers can go from alpine peaks – where it’s pleasant even in the height of summer – to bustling seaside, where a host of activities can be enjoyed, from swimming in waters that reach temperatures of 27°C (84°F), to sailing, diving, and of course… cruising. And as the easternmost island in the Mediterranean, Cyprus is also a natural point of departure for exploring the rest of this amazingly diverse region – offering the best of all worlds.

There are four ports on the island; in Lemesos (Limassol), Larnaka (Larnaca), and two in the Pafos (Paphos) region.

Lemesos port is a weather-protected port in the middle of the coastline and close to all major tourist attractions, making it ideal for passengers on short visits. It is located on the south coast of the island, and is sheltered by breakwaters.

The port’s approach channel and turning cycle have been dredged to -17m, and the western port’s sea area to -16m. Large cruise ships visiting the port enjoy a well-in-advance schedule and top priority for berthing.

A new modern Passenger Terminal that is fully compatible with the Schengen criteria will soon become operational at Lemesos Port. Totalling an area of 6.800m2, the Passenger Terminal includes one departure hall, two arrival halls, a separate area for luggage handling and receipt, a glamorous restaurant on the first floor, and a large car park, as well as offices for providing visitors with all the required services to the highest of standards.

Larnaka Port is the second largest port of the island, and is situated in the southeastern part of Cyprus – sheltered by breakwaters. In its present form, Larnaka port is situated approximately 2 km from the town centre, and is surrounded by residential units on the landside. On its south side it borders with Larnaka marina. The port is located 6 km away from Larnaka International Airport.

Pafos Port is one of the most ancient ports of Cyprus with the wider archaeological site penetrating the port area. Pafos lighthouse is situated within this archaeological site, and at a relatively short distance. During a stroll along the breakwater of the port – and after the historic castle – visitors can ‘feel’ the remnants of the ancient breakwater and admire the exquisite Roman mosaics.

As part of enhancements to the port’s character, and to better serve cruise traffic, a new mooring facility is being installed at the port.

Latchi Port is located at the northern part of Pafos, in the region of Polis Chrysochous. It is a picturesque port and ideal for visiting the Akamas Peninsula, the baths of Aphrodite and many more attractions of the area. It is a perfect stopping-point for other calls and visits in the area, and encompasses remarkable sites with a history dating back 3.000 years.

* Cruise ships visiting Pafos and Latchi ports stay at the anchorage at a distance not more than a mile. Tender boats are used for the transfer of passengers.

* Except on January 1st, Easter Day and Christmas

These departments are distinguished in: 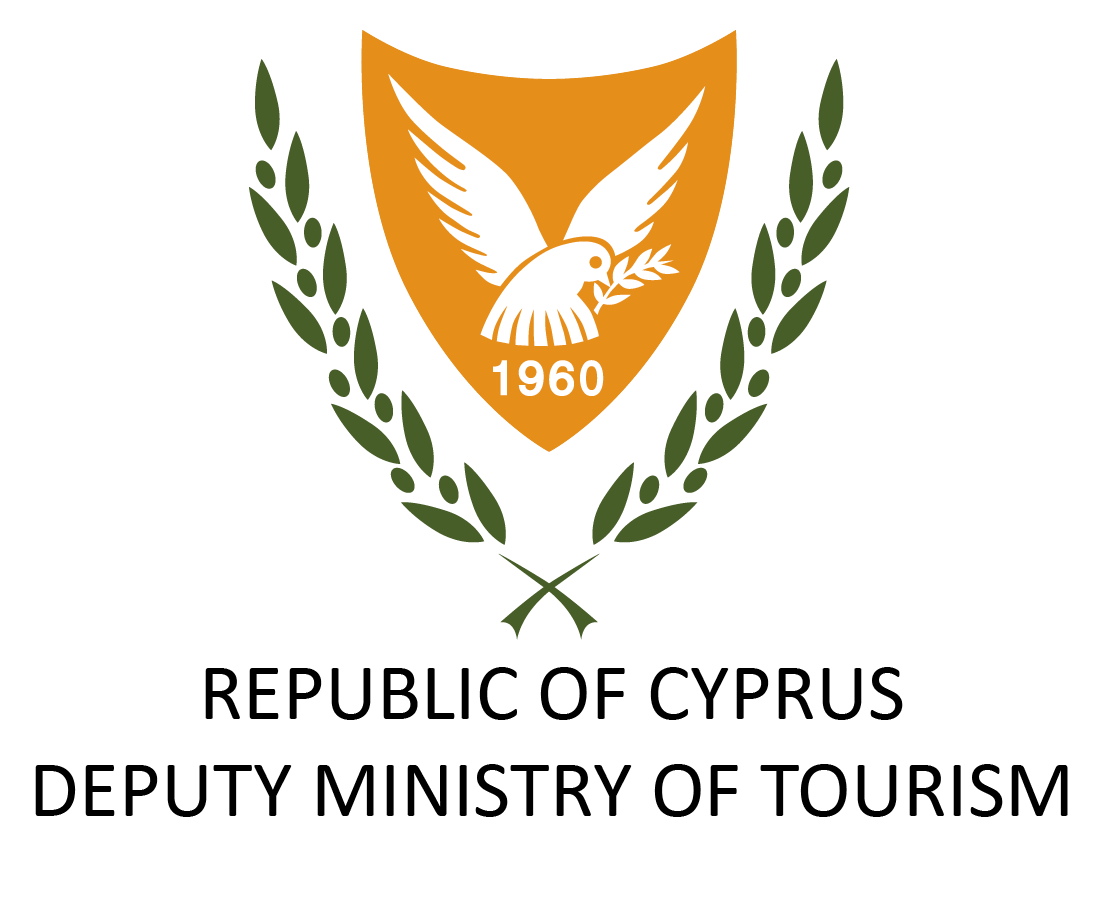 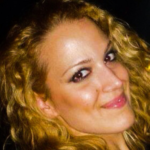