Port of Málaga is located in a strategic area in Southern Europe, connecting with routes to the Atlantic and the Med. Its port facilities include berths for every cruise ship in the world and 3 cruise terminals: 2 of them in the Eastern area and 1 in the inner basin next to the Palm Grove waterfront, for smaller cruise ships, within 5 minutes walking distance from the City Centre.

As an example of the port’s capacity, Royal Caribbean International chose Málaga for the worldwide presentation of ‘Symphony of the Seas’, the new ship of the company. The celebration of this event put the destination on the map of Mediterranean cruise traffic. Moreover, the Port of Málaga has increased the luxury and premium cruise traffic: a quarter of total passengers belong to this profile. In relation to the number of calls, the figures are near a half (135 calls out of a total of 299).

As a result of the consolidation as a port and destination, Málaga will host the international event, Seatrade Med, in 2020, which is an important opportunity for showing off the capital and province as a gateway of the Andalusian Region: Málaga is close to Granada and the Alhambra, Córdoba and the Mosque, Seville and even Madrid in 2h.30 by high speed train. On the other hand, the port is located 15 minutes away from Málaga International Airport, the 4th biggest in Spain with 133 connections to Europe & the world. This fact makes Málaga, together with port facilities and hotel availability, an excellent choice as an international homeport.

The Port of Malaga is located in the heart of the city center, actually being the port the origin of the city in Phoenician times.

Malaga is the Costa del Sol’s commercial, historical and cultural centre, boasting more than 320 sunshine days all year-round. Well known as Picasso’s birthplace and moreover for its charming Andalusian city character, Malaga offers a great local cuisine, beaches, stunning ancient monumental heritage and 38 museums, such as Pompidou or Picasso Museum, as well as a tastefully restored and pedestrianized historic centre.

The Costa del Sol, offers the charm of the white towns and villages of Andalusia, with the highlights of Ronda and Antequera, stunning gems in Andalusia, Nerja, with its charming white village overlooking the sea, and Marbella and Puerto Banus. Beyond Malaga and also reachable in half-day or one-day excursions are Granada, Sevilla, Cordoba and even Madrid by high speed train. 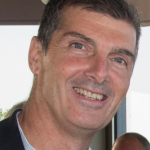 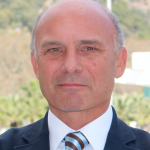