Over a century Scandinavian Near East Agency S.A. (SNEAL) provide high quality services, keeping intact in time all those features which highlighted the reputation of an organization, faithful to the vision of its founder Eugene Eugenides. Scandinavian Near East Agency, founded in 1907 in Constantinople by Eugene Eugenides but the Asia Minor catastrophe and the ensuing events, forced him to leave Constantinople and settled in Port of Piraeus.

In 1925 Scandinavian Near East Agency converted to S.A. company and were becoming one of the biggest agencies in Greece based in Piraeus and Sub-Agencies in every Greek port. The activities of the Agency Founder were continued by late Nicolas Vernicos-Eugenides and Eugene Eugenides sister late Marianthi Simou. Today Scandinavian Near East Agency S.A. continues its activities guided by the values and business ethics as set by its Founders.
Media Gallery
All
Operational services
Company information

Scandinavian Near East Agency S.A. look forward confidently to the challenge of the new millennium based on experience, reputation and the highly qualified staff whose combination assures the uninterrupted continuation of operations in the intensely competitive climate of today’s market and the maintaining of historical bid in any kind of shipping and transport work.

SCANDINAVIAN NEAR EAST AGENCY S.A. is a long established Port Agency with Head Office located in Piraeus, port city in the region of Attica. It is located within the Athens urban area and lies along the east cost of the Saronic Gulf.

Piraeus has a long recorded history, dating to ancient Greece. The city was largely developed in the early 5th century BC, when it was selected to serve as the port city of classical Athens and was transformed into a prototype harbour, concentrating all the import and transit trade of Athens. In the modern era, Piraeus is a large city, bustling with activity and an integral part of Athens, acting as home to the country’s biggest harbour and bearing all the characteristics of a huge marine and commercial-industrial centre.

The port of Piraeus is the chief port in Greece, the largest passenger port in Europe and the third largest in the world, servicing about 20 million passengers annually. SCANDINAVIAN NEAR EAST AGENCY S.A. serve all Greek Ports with Sub-Agencies in every Greek Port. Historically speaking, some of our collaborators in the Greek Islands, work with us for more than 30 years.

At Scandinavian Near East Agency S.A. we believe that people play a significant role in the company’s continued success. We invest in our human resources and place particular emphasis on the right recruitment and staffing, acknowledging that a working environment characterized by respect, rewarding excellence and contributing to the professional development of employees, is probably the most important investment for the company’s future. The company employs about 35 people. 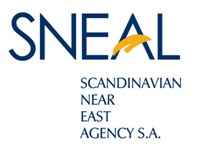 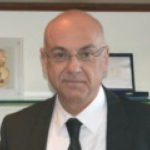