As the heel of Italy is becoming more and more popular, Taranto, in all likelihood, is the destination of your next unforgettable holiday under the Italian sun.

Located along the longest coastline in mainland Italy, with a privileged position in the heart of the Mediterranean Sea, Taranto will take you to its fairy-tale scenery, extremely rich in history, stunning coastal landscapes and fabulous food. Thanks to its new Multipurpose Service Center that will be ready by August 2019, the Magna Grecia capital city is ready to host a passenger terminal to embark and disembark travellers visiting the Ionian City.

In addition to the airports of Bari and Brindisi – respectively situated at 90 and 75km from the Port of Taranto – the airport of Grottaglie is only 20km from Taranto and directly connected to the seaport thus giving Taranto the chance to become a home port for cruise travellers. Passengers arriving at the port of Taranto can easily reach, even on foot, a list of attractions that are worth a visit!

Taranto – founded in 706BC by Spartan warrior “Falanto” – became the capital of Magna Grecia, the cultural and commercial centre of a civilization envied by the Romans. The local Archaeological Museum houses several Greek artefacts whilst the Aragonese Castle – built in the 15th century – dominates the city skyline made unique by the Swing Bridge connecting the Old Town to the downtown area.

The gulf of Taranto is also a haven for dolphin watching as the coast oﬀers a memorable experience to discover the natural environment combining scientiﬁc research and tourism activities. The surrounding area is also the ideal location for trekking, hiking and horse-riding, the perfect place for nature lovers to enjoy the enchanting ravines of the valley of Itria, a land dotted with many stunning masserie and dried stone-walls gently lapped by Mediterranean maquis. An hour’s drive from Taranto is one of the most ancient cities in the world, Matera where the ancient cave houses “Sassi” (UNESCO World Heritage Site) are now being renovated and made into fancy boutique hotels.

Founded by Spartan exiles in 706 BC, Taranto represents the only Spartan colony of Magna Graecia. The city roots lie between its myth, history and immense beauty.

According to  the legend, Falanto, the leader of the Spartan  exiles, discovered the city of Taranto following the oracle he was told in Delphi before leaving. Traces of his settlements were discovered in Saturo, probably the entry route upon his arrival along the Ionian coasts.

Taranto was known in ancient Greek world for being home to great “Athlete of Taranto”, a man in his 30s who won prestigious prizes in the “Panathenaic Games” which took place in Athens. His glory was so great that his tomb was enriched with engravings and vases celebrating his victories. Items from his burial site are displayed in the Archaeological Museum.

The acropolis of the colossal city of Magna Graecia hosted numerous monuments and masterpieces, along with theatres, temples and schools which are now part of the rich and great heritage left by the Greeks over the centuries.

The massive Doric columns are the remains of a temple facing the sea, dedicated either to a God or a Goddess – it is still uncertain whether it was Poseidon or Aphrodite. As in many cities in the Magna Graecia, the great Goddess Persephone was worshipped also in Taranto. A great statue depicting the Goddess can be admired in the Archaeological Museum.

Landing at Taranto passengers will find the charming small Old Town, where they can visit landmarks from the Renaissance such as the Aragonese Castle, the Cathedral of Saint Cataldo and the Dome of Saint Domenico. Restaurants and bars offer fresh fish and the famous mussels of Taranto. In the new part of the city the National Archeological Museum is a major point of attraction with its broad collection of Ancient Greek and Roman artifacts, vases, statues and jewels.

Passengers can take a dolphin watching tour from Taranto; in the area sorrounding Taranto there are Matera and its “Sassi”, ancient cave houses made famous by Mel Gibson’s film “The Passion”; cruisers can visit Grottaglie with its pottery workshops; Massafra and its beautiful natural caves; sunbathe on the beaches of Lido Gandoli and Campomarino; stroll around Martina Franca and the valley of Itria and its beautiful trulli houses; discover the ancient Masseria farmhouses and the production of cheese and wine; visit the archaeological site of Manduria. 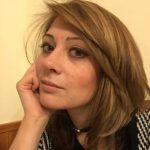