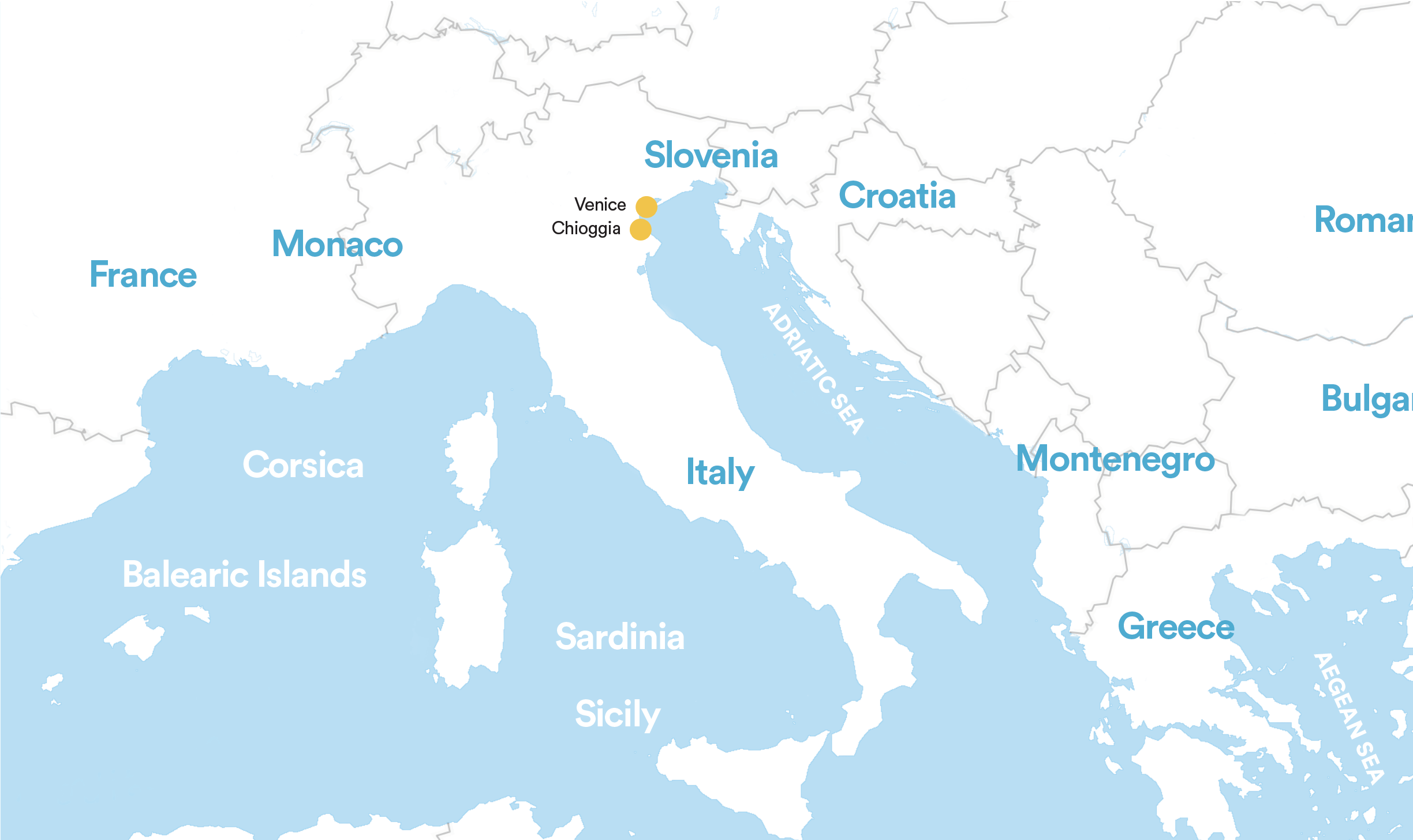 Venice and Chioggia are ideal destinations for tourism by sea, thanks to the attraction exerted by the artistic and natural heritage that characterizes this marvellous UNESCO site.

Going back in time, the two Adriatic ports have always been playing an important role for their communities: shelter and repair from Barbarian invasions, at the very beginning of their history, and source of wealth and cultural enrichment, over the centuries.

In particular, Venice is a port-city since 421 AD, founded 1600 years ago: spread over 118 small islands, it became a major maritime power in the 10th century. The unique cultural heritage accumulated in the lagoon over the years is attested by the discovery of important archaeological settlements in the Altino area and other sites on the mainland, which were important communication and trade hubs.

Thanks to its connections to different cultures and markets, the whole city is an extraordinary architectural masterpiece as a result of a crossover with styles coming from the Orient, not to mention the fact that even the smallest building contains works by some of the world’s greatest artists.

The port-city of Chioggia has very ancient origins too. According to legend, it was founded by Clodius, a companion of Aeneas fleeing Troy. The relation with the sea explains the birth of the city and the reasons for its significant development between the 11th and 12th centuries, when it had already assumed the role of an important maritime hub developed around the production and trade of salt, fishing and other economic activities related to its the sea.

Thanks to the ancient maritime trades and routes – settled by great navigators handling precious goods (such as spices and salt) – and to the today efficient connections with the main road, rail and air network, Venice and Chioggia are points of reference in the Northeast of Italy for the logistics of goods and passengers.

Conveniently located close to the historical centres of the two cities, the complex of the two ports offers facilities and services capable of effectively responding to different types of users: cruises, river cruise on the route “Venice lagoon-Po River”, ferries, hydrofoils with seasonal connections to/from Istrian Peninsula and superyachts.

Venice is a city of thousand faces. Every corner has its own unique atmosphere telling you a tale of historical grandeur, poetry, art and craft traditions. Experience the memorable St Mark’s Basilica, a masterpiece of Byzantine architecture, and admire its façade mosaics and golden dome. Visit the Doge’s Palace, once residence of the supreme authority of the Republic of Venice and relax at one of the cafés dotting the most famous square of the city. See the lagoon through the grillwork of the Bridge of Sighs and walk across to the old prison cells where Casanova once languished.

Enjoy the unlimited art richness of its museums and admire the different styles of its churches. Discover the ‘real Venice’, walking through an intricate labyrinth of hidden passageways, clusters of tightly packed buildings, ornate squares and bridges. Take a boat on the Grand Canal and admire the ancient noble palaces, churches, bridges, gardens and warehouses overlooking it.

Tour in the extraordinary and unique Ghetto of Venice, the first ghetto of Europe, with its museum and two synagogues still open to service, and explore its fine collection of silver and embroidered objects.  Explore San Giorgio Island with its Tintoretto masterpieces. Enjoy a trip to Murano to see how glass treasures are made and to Burano for a lace souvenir.  Don’t miss to stop at Torcello and let charm yourself with its mosaics dating back to the 12th century. Lastly board a gondola and be serenaded as you glide through Venice’ narrow canals.
Venice is the place to plan a vacation that you will always remember!

Placed between the Po Delta and the Venice Lagoon, Chioggia is built on small islands connected by bridges: it is part of Venice and its Lagoon’s territory, included in the Unesco World Heritage sites since 1987 for its extraordinary landscape and architectural value, which are, still today, perfectly preserved examples of human ingenuity and our relationship with nature.

This is a lively place, still dominated by culture, traditions and professions descending from age-old relationships with the sea

St. Mark’s Square, the heart of Venice, a popular meeting place where people can stroll, go shopping and listen to the musicians outside the Italy’s oldest historic cafés as the elegant Caffè Florian or the Gran Caffè Quadri.

Bell Tower, the tower replaced the original 9th century Bell Tower which collapsed in 1902. The top provides/offer spectacular views of the city.

St. Mark’s Basilica, a masterpiece of Byzantine architecture built in the XI century. It was originally a chapel for the Doges and contains magnificent mosaics and rare marbles.

Doge’s Palace, it was the former residence of the dukes (Doges) and the seat of government. It is an important museum containing paintings by Tintoretto and Veronese and it is also renowned for the Bridge of Sights, a baroque stone bridge built in the 17th century, connecting the Doge’s Palace with the ancient prison.

Rialto Bridge, Venice’s most famous bridge built in 1588 by Antonio da Ponte. Shops located on the bridge are a great tourist attraction.

Gallery of Fine Arts, Venice’s most important art museum, it contains the largest collection of Venetian art with marvellous paintings of great artists such as Canaletto, Guardi, Bellini, Tintoretto.

Guggenheim Collection, in 1949 the building was bought as a home by the American millionaires Peggy Guggenheim to house her collection of modern art. A choice gallery of 20th-century painting and sculpture presenting almost every modern art movement.

Scuola Grande di san Rocco, founded in honour of St. Roch the school was once one of the great charitable institution for the sick and today hoses more the 60 Tintoretto paintings.

Scuola Grande San Giovanni Evangelista is a monumental complex with noteworthy examples of Gothic, Renaissance and Venetian Baroque art and architecture by Codussi, Lombardo, Massari, Morlaiter, Palma Giovane, Tintoretto and Longhi. The Scuola has been the home of the lay brotherhood of the same name for more than seven centuries, and a museum open to the public.

The Glass Museum, located in Murano, celebrates the thousand-year glass-making tradition of the island.

Lace Museum, the museum is located in Burano island, seat of the famous Burano Lace School from 1872 to 1970. Rare and precious pieces offer a complete overview of the history and artistry of the Venetian and lagoon’s laces, from its origins to the present day.

The Museum of the Southern Lagoon, in the former church of San Francesco Beyond the Walls, is the headquarters for preservation of the memory of the ancient port-city of Chioggia. Taking an ethnographic focus, the museum reconstructs the environmental transformations of the lagoon system and retraces the history of the community that inhabited and shaped it through the centuries.

The Museum Giuseppe Olivi hosts many Adriatic organisms and its visitors can learn about their characteristics and the typical marine and brackish environments of this area.

The Clock Museum is hosted in the Roman-Byzantine Bell tower of Sant’Andrea; the museum traces the historical events of the tower and collects maps of the city from local historical archives. In the museum there is one of the oldest clocks in the world, made in the thirteenth century.

Chioggia Fish Market is one of the oldest “institutions” in the city, where fishmongers offer the best from the sea: on its 30 stalls you can explore a vast choice of seafood and enjoy every moment of this colourful tradition. 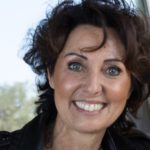