Zadar is situated in the central part of Croatia’s coastline, an indented coastal belt with about 200 islands and islets forming the Zadar archipelago. The city is surrounded by ﬁve national parks and three natural parks, among which the Lakes of Plitvice are on UNESCO’s list of World Natural Inheritance, while the Velebit Mountains have been proclaimed by UNESCO as a World Biosphere Reserve.

ZADAR PORT is located in two places: the Old City and a new port with cruise and ferry terminals in Gazenica. New Gazenica port is located just 3km away from the Old City port and has seven berths for local ships and ﬁve berths for international traﬃc. The biggest berth is 375mtr long with 13mtr draught and the facilities are able to accommodate the world’s biggest cruise ships. The new terminal building (construction costs – 25 mill euro) is ¨state of the art¨ and it is the biggest one in the west hemisphere, what is perfect for organising ¨turnaround¨ activities for cruise ships. Access to the city from Gazenica is easy whilst the Old City port is located in the heart of the city providing direct access to shopping, sightseeing and other places of interest.

Downtown Zadar is located around the Roman Forum, within the old preserved city walls full of Old Croatian sacred monuments. It is a real pleasure to walk in the medieval areas of Varos and Kalelarga, and have coﬀee in one of Zadar’s numerous coﬀee shops. For those who are romantic we advise walking down the quay at dusk, which provides the best view of what Alfred Hitchcock referred to as ‘the most beautiful sunset in the world’.

Often compared with Dubrovnik and Venice, Zadar is irresistible for those who respect and admire historical monuments and cultural heritage. Hundreds of tumultuous years of history have left their numerous legacies, today’s valuable heritage of Zadar and its surrounding. Zadar is a city monument, surrounded by historical ramparts, but two modern tourist attractions do stand out.

Greeting to the Sun – which symbolises the Sun while the solar panels absorb solar energy in daytime, transforming into unusual light eﬀects during the night, and the ﬁrst Sea Organ in the world, – simple and elegant white stone steps built on the quayside that house tuned tubes through which the sea’s motion produce sounds and which was declared winner of the IV European Prize for Urban Public Space in 2006.

The City of Zadar has been awarded ‘Best European Destination 2016’ by www.europeanbestdestinations.com and in 2017 Zadar’s city walls were listed on the UNESCO World Heritage List.

Situated in the heart of the Adriatic, Zadar is the urban center of northern Dalmatia as administrative, economic, cultural and political center of the region with 92,000 inhabitants.

Often compared with Venice and Dubrovnik, Zadar is irresistible for those who respect and admire historical monuments and cultural heritage, artists, tourists and its citizens. Zadar is a city monument, surrounded by historical ramparts, a treasury of the archaeological and monumental riches of ancient and medieval times, Renaissance and many contemporary architectural achievements such as the first sea organs in the world.

A tumultuous and hundreds of years old history, destruction and rebuilding have left their scars and numerous legacies, today’s valuable city heritage. Numerous churches and cultural monuments have been preserved from all historical periods and artistic architecture of all styles is visible, from the Roman period across the Middle Ages to contemporary architecture. There are around 70 historical monuments in the historical city nucleus, while the other parts in the surrounding district count to over 600 immovable cultural monuments.

The City of Nin– Distance from Port – 12 km: Half day excursion – The oldest Croatian royal town! The city of Nin was an important royal and cultural center through the Croatian history and the testimonies of that fact are the monuments from the 8th and 9th century. You have the possibility to taste homemade products like cheese, bread, wine…

The Island of Pag– Distance from Port – 35 km: Half day excursion – The island of Pag is one of the biggest Adriatic islands (connected with bridge): it is the fifth largest island with 284.50 square kilometres. Its 270 kilometres of the indented coastline make it the island with the longest coastline on the Adriatic, rich with coves, bays, beaches and capes. The biggest bay, the bay of Pag, is rounded by 20 km of the gravel beaches.

Pag is unique due to its vegetation where trees are the rarest form. Therefore, Pag is the largest kingdom of rocky ground on the Adriatic, where thin grass, low aromatic herb cover, sage and immortelle grow. They make the foundation of the nourishment of the island’s sheep on the rocky ground, intersected by long dry stonewalls, giving a special flavour to the well known cheese of Pag.

National Park Kornati Islands – Distance from Port – 25 km: Full day excursion – A splendid day on the sea! Archipelago with its 150 uninhabited islands, islets and reefs is the most indented island group in the Mediterranean. We will sail by boat from one island to another all the way to a bay of extraordinary beauty. It is a paradise for those who know how to enjoy the pure form of fascinating crystal sea. On board you will be served a lunch, including wine or juice.

National Park Krka Waterfalls – Distance from Port – 70 km: Fullday excursion – The most beautiful travertine waterfalls in Europe! After visiting the old town Šibenik follows the magic world of the Krka River which runs over cliffs and falls in 46m of profundity! Take some time to make a relaxing walk along the river, enjoy the splendid nature and water. You may also visit a small museum and an old mill. In the summer time you can enjoy the refreshing bath in the river or make wonderful pictures with your camera.

National Park Plitvice Lakes – Distance from Port – 120 km: Full day excursion – Zadar is also gateway to Plitvice Lakes. Unforgettable natural spectacle! For millions of years, the water has carved its way through travertine rocks making deep lakes and waterfalls. It is the most known Croatian national park which is in the UNESCO Register of World Natural Heritage since 1979. You can enjoy the long walk through the park and forest and get on board of electric boats to enjoy the indescribable blue-green colours of the lakes. This exceptional beauty of the lakes and waterfalls, rich plant, animal life and pure mountain colours attract many nature lovers from all over the world. This may be an unforgettable experience for you!

National Park Paklenica – Distance from Port – 45 km: Full day excursion – Adventure on the mountain! With its surface area of 96 km2, from the eastern coast of the Adriatic Sea to the highest peaks of the Velebit Mountains, Paklenica abounds with numerous natural wonders and phenomena, which is why the entire area was proclaimed the national park in 1949. And rightfully so, as this region is simple and unusual in its connection between the sea and the mountains, rich in beech and black pine forests, its deep canyons cut vertically into the Velebit ridge, its karst formations and numerous caves and pits.

Canoe / Rafting – Distance from Port – 50 km: Full day excursion – Adventure on the river! Find out the beauty of the nature by passing the river Zrmanja in a very special way. You will paddle down the river following the instructions of the expert canoeists. No previous canoeing experience is needed and even children of only 10 years can participate to this extraordinary adventure. 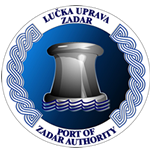 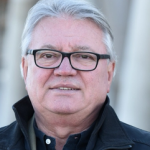 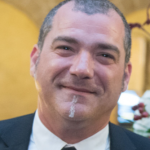