Dialogue between destinations and Cruise Lines at 36th General Assembly in Costantza, Romania

Black Sea port, Constantza, Romania, hosted the Association of Mediterranean Cruise Ports’ (MedCruise) 36th General Assembly from June 2nd to 5th, at which member port and destination managers convened with cruise company leaders to discuss the challenges facing the cruise industry in the Mediterranean and its neighbouring regions.

Representatives of the National Company Maritime Port Administration SA Constantza and from the Romanian Ministry of Regional Development and Tourism welcomed over 100 delegates at the event’s opening ceremony on June 2nd.

During a closed-door session between port and cruise line representatives, participants continued brainstorming on MedCruise cruise port benchmarking and best practices, discussed the pros and cons of a Unified Mediterranean Berth Booking Process, and opened a dialogue on trengthening shore excursions options, including dealing with independent and sometimes illicit excursions offered at ports.

Developing Black Sea cruise itineraries was a major focus of the Constantza General Assembly, and the membership approved a Memorandum of Understanding with the Russian Federation to provide its Ministry of Transport with assistance in developing cruise shipping activities at the port of Sochi, Russia, as it prepares to host the Winter Olympic Games in 2014. MedCruise also organised a Black Sea Forum at which member ports Constantza, Burgas, Odessa (Ukraine), Sevastopol (Ukraine), Theodosia (Ukraine), Sochi, Batumi (Georgia), and Sinop (Turkey) presented their destinations, infrastructure improvement programmes and special incentives to cruise line guests. 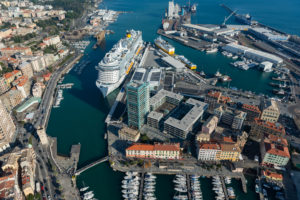 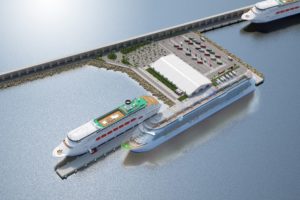 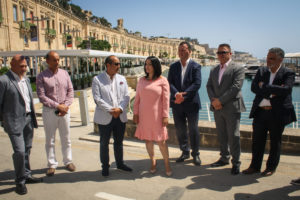 Over €2m invested in revamping the outdoor area at Valletta Waterfront