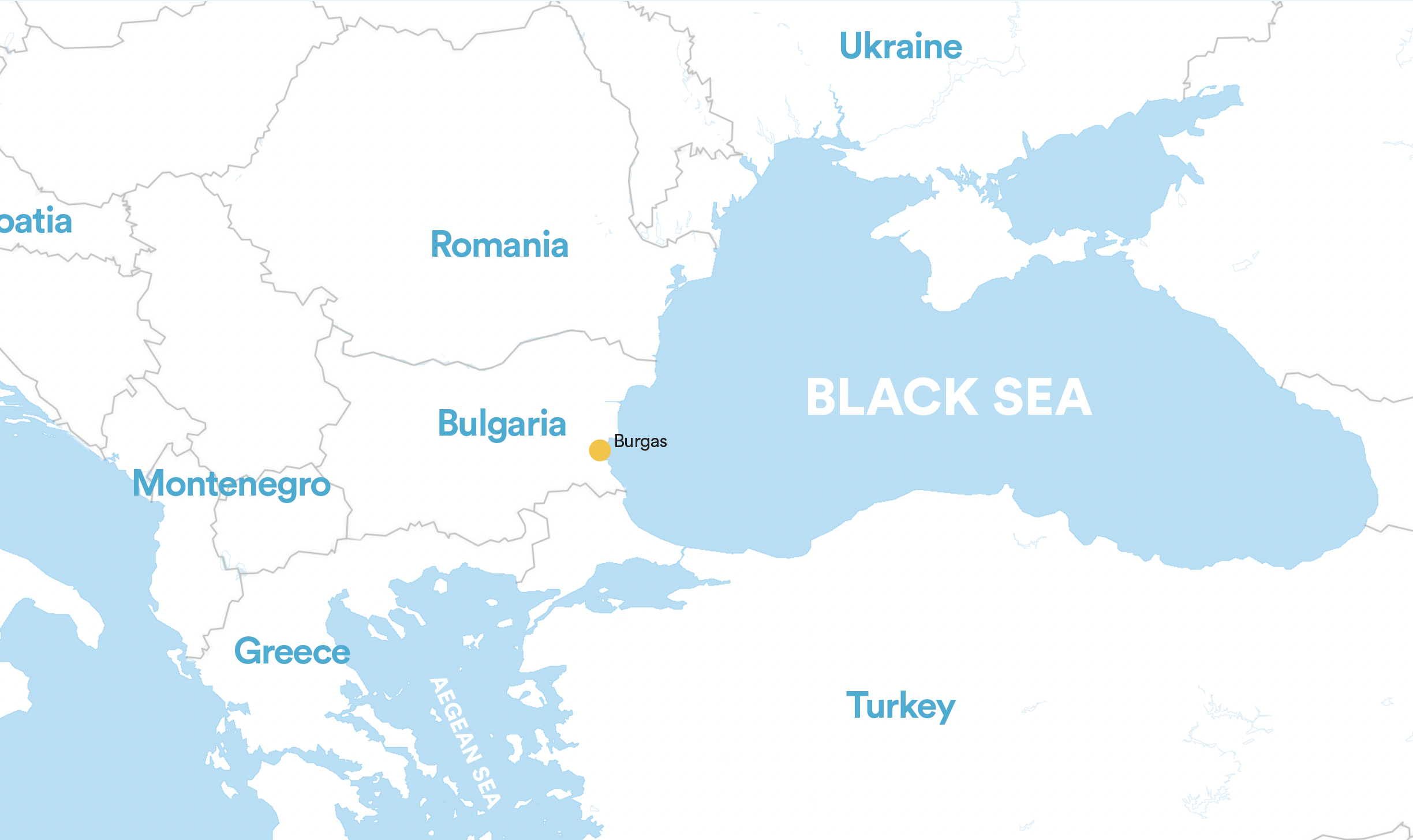 Port of Burgas is established pursuit to the Decree for Construction, signed by Prince Ferdinand I on 20 December 1894. The opening ceremony has been held on 18 May 1903 and since this moment the port is considered as open for commercial shipping. Few years before, in 1899, the first Bulgarian port light-the Light of Burgas, has been put on.
The operator Port of Burgas EAD has a personal approach to the clients and optimal solutions of problems, effective processing of cargo, guaranteed by the newly introduced quality management system. Our aim is to respond to the increasing requirements of our partners, to maintain lasting business contacts and beneficial collaboration.
Burgas port is the first Bulgarian Port, also the largest contemporary port, and the modernization is a continuous process. It has a modern Passenger Terminal. Furthermore, the surrounding area has a new transport scheme, parking lots, bike lanes, recreation and green spaces.
Burgas is the fourth largest city in Bulgaria, situated on the Black Sea coast. It has an Inernational Airport, Maritime Station, Railway Station and two Bus Stations. The rich historical heritage, natural and cultural sights and attraction make it a preferred destination for tourism.
East of the city is the Black Sea, and to the west are three lakes which are protected natural areas. Within the city is located one of the oldest hot mineral springs and south of the city is Strandja Mountain.
In Burgas tourists can see the rich expositions of the Historical Museum, the Archaeological Museum, the Natural History Museum, and an ethnographic exposition also. A very popular attracion is PlanetUM Science Center. Close to the city is the UNESCO World Heritage town Nessebar, the ancient Sozopol, the architectural and historical reserves of Brashlian and Zheravna, the Island Saint Anastasia and the archaeological complex Aqua Khalide. Archaeological research has revealed ancient settlement mounds from the Neolithic, ruins from the Roman cities, Byzantine and medieval castles, churches and monasteries.
Destination
Information

● Kilometres from the port

Burgas is the fourth largest city in Bulgaria, located on the Black Sea Coast, at the eastern border of the European Union. The natural treasures of Burgas are undoubtedly one of the reasons for the city to be a preferred place of relaxation for people from around the world. Wherever you look at it, Burgas is surrounded by water – both sea and fresh. To the east is the Black Sea, to the west of the coast there are three lakes – Burgas, Atanasovsko and Mandrensko Lakes – the form the larges complex of seaside lakes in Bulgaria and are declared protected natural territories. The Burgas Bay has one of the longest beach strips with a fine golden sand, gradually deepening sea level, a calm and clean water, light and pleasant breezes. 15 km away from the city centre is another natural treasure – the Burgas Mineral Springs – one of the oldest mineral springs with water temperature of 41.5 C. To the south of Burgas is the largest Bulgarian nature park – Strandzha.

The unique archaeological findings are proof of the millennia of history in the area – ancient village mounds from the Neolith, Thracian sanctuaries and tombs, remains of roman cities, ethnographic complexes, churches and monasteries. Some of the biggest battles of the Bulgarian State against the Byzantine Empire took place in the area of Burgas. The victories of Khan Tervel (8th century) at the Anhialo Field in 708 and of Khan Kardam (rules between 777 and 802) at the Karnobat Fortress Markeli in 792 were the ones which established Bulgaria as a state. During the Ottoman rule, the city developed as an educational and spiritual centre. In 17th century, the port of Burgas became the largest one to the south of the Balkan Mountain. Burgas won its Liberation from the Ottoman rule on 6 February 1878. In the beginning of the 20th century the city goes through a period of fast growth and modernisation and quickly earns the reputation of a commercial-industrial centre, a cosmopolitan centre which is connected by air, land and sea. Burgas has an international airport, a maritime station, train station and two coach stations. A highway links the city to the capital – Sofia. There are good road connections between Burgas and all other Bulgarian coastal cities.

Burgas boasts many beaches, some of which are right in the city centre. In addition, running parallel to the coast, is the Sea Garden, a seven-kilometre-long park. Other attractions include the Roman baths, St.St.Kiril and Metodiy Cathedral, an art gallery, and medieval architecture in the city centre. Here is a list of the best attractions in Burgas that will turn your visit in an unforgettable adventure.

Archaeological Museum; Some of the most mysterious people to have lived in Bulgaria throughout the centuries were the Thracians. With their imposing tombs, secret rituals and sophisticated golden treasures, their culture is worth learning about. See archaeological finds from the time of the Thracians, the Greek colonies on the Black Sea, and the Roman times.

History Museum; The History Museum of Burgas keeps the treasures of the past, such as books, Orthodox icons, and European fine and applied art from 18th and 19th centuries. You will hear the story of how Burgas started developing into a modern European city after Bulgaria was liberated from Ottoman rule in 1878. The World Scripts exhibition explains how some of the most interesting scripts from around the world were formed: Egyptian hieroglyphs, cuneiform script, the Cyrillic alphabet, the Latin letters, and so on.

Natural History Museum; This museum shows the flora and fauna of the Black Sea and nearby Strandzha Mountain, the bird life in the Burgas area and along Via Pontica (one of the most important migration routes of the birds in Europe), and a stone collection. The four museums – the Natural History, the History, the Archaeological and the Ethnographic museums – are all located in the same area, only 3-4 minutes walk apart, so they are convenient to visit at the same time.

Ethnographic Museum; Take a trip back in time and enter the beautiful 19th century house where the Ethnographic Museum of Burgas is located. You will see what the life, work and celebrations of Bulgarians was like two centuries ago, and some of the most enticing Bulgarian traditions, like Kukeri, old-time weddings, and spring love rituals.

Museum of Aviation; At one of the newest attractions in Burgas, you can see and explore the inside of nine airplanes, and also put on VR glasses and turn into a pilot. The museum is located near the airport.

These are fine, golden sandy beaches as most in Bulgaria. The sea as smooth as a millpond and with pleasant temperatures. Local surfing and kite clubs offer various ways for entertainment.

The open-air natural pools with lye and healing mud are an attractive possibility for healthy SPA treatments in the town of Burgas. The black mud is proven a remedy for healing, beautification, and rejuvenating.

Burgas is often defined as “The Festival City of Bulgaria”, and this title is not given by chance. There happen lots of unique festivals not similar to any other on the Balkans with the participation of famous artists from all over the globe. Burgas is the host of one of its kind Sand Sculptures Festival in the region. Every year directly to the sea shore sculptors from all over the globe create amazing sand artworks. 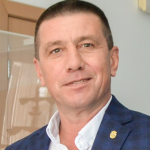