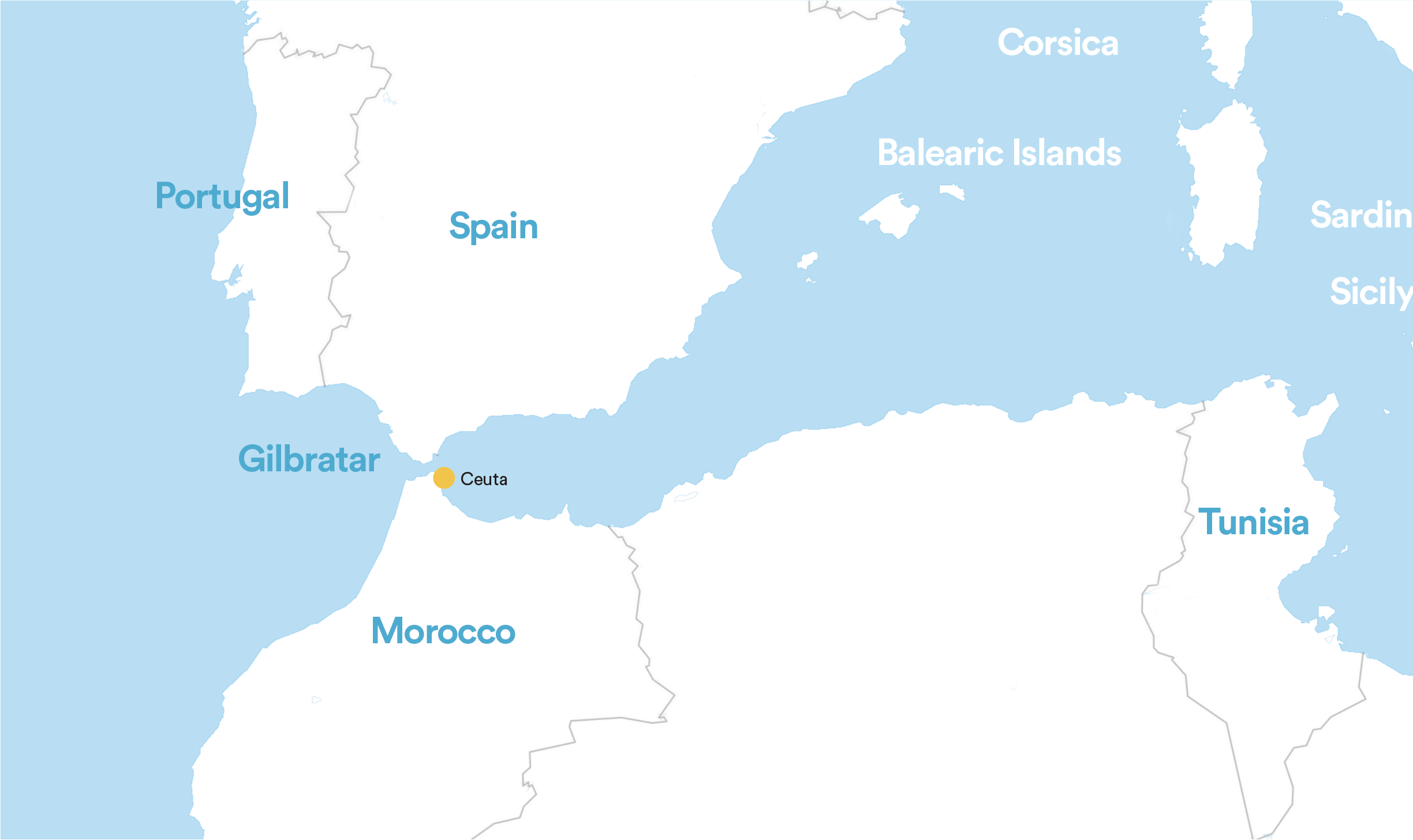 Ceuta is a Spanish and European city in North Africa. The anchor point for an imaginary bridge thak links two continents: natural shelter in the middle of the Straits of Gibraltar, where the waters of the Altantic and the Mediterranean meet, it is a natural settling point for different cultures: Christian, Muslim, Jewlish and Hindu.

Ceuta has key advantanges as a cruise call. More and more shipowners are discovering the advantanges of using the Port of Ceuta and its comprehensive range of top quality services.

Ceuta offers to the visitor endless possibilities, each more tempting than the previous one. One can enjoy the city´s exceptional climate, its people´s hospitality, the beauty of its landscape with magnificent panoramic views of the Gibraltar Strait, its important commercial centre where goods are at duty free (V.A.T. free) and the singularity of its monuments and cultures.

Ceuta is divided into two distinct zones adjacent to one another. To the east, around and near its main peninsula, practically all inhabitants are Spanish and everything feels Spanish, but as soon as you head west, closer to the border with Morocco, you will begin to see the minarets of mosques and the atmosphere changes to predominantly Moroccan.

In Ceuta there is a lot to discover. The Mediterranean Maritime Park with ist 56.000sq mtr fo grounds is located in the heart of the city and offers gardens wieth a solarium containing deckchairs, sunbeds adn shades plus a salt water lake with waterfalls.

Ceuta offers a gateway to the Magreb. Its the most efficent bridge to visit the neighbouring Magreb towns in Morocco that lie a few Kilometres away. Coach tours to Morocco, accompanied by expert guides, are a very popular shore excursion for cruise passenger calling a this Spanish city port.

Because of our geographical situation outside the mainland Spain, the Autonomous city of Ceuta has always had a different fiscal system. For example Ceuta, by law has been declared free port and has a different treatment which makes easier the entrance and the exit of goods at a lower cost.

This is traduced in the exemption of the Added Value Tax (TVA), replaced by Impuesto Sobre la Producción, los Servicios y las Importaciones (IPSI), a municipal indirect tax, with different tax burden from 0,5% to 10% as maximum, which still maintains a difference with TVA 18%. That means better prices in all kind of articles as jewellery, liquors, tobacco and electrical items, between others.

The city´s rich history and culture has given rise to the presence of four religions, making Ceuta a melting pot where citizens of different faiths live together: Christians and Muslims (the most numerous communities) and Jews and Hindus. They are citizens with their own idiosyncrasies; Afro-Spanish between two Andalusias, living in a small city, but on with a cosmopolitan calling.

If you vist Ceuta during the summer and you see th streets decorated with lights like Christmas iluminations, then almost certainly one of the religious groups will be celetrating one of their festivals. The most important ones are:

“Ramadan”, the sacred month of fasting in the Islamic caldendar.

“Diwali” the Hindu Festival of Light.

The Mediterranean Maritime Park is the posthumous work of César Manrique. Work began on it in 1992 and it was completed two years later. It has similar characteristics to those of Martiánez Lake in Puerto de la Cruz. The park covers an area of some 56,000 m2 and is home to two salt-water lakes, solariums, gardens and services facilities. There is an outstanding castle in the middle, inspired in the city walls of Ceuta. It contains a casino, restaurant and nightclub. There is a marina located alongside the Maritime Park.

The Hercules and the Union of the World.

The two immense Hercules of bronze, the work of the artis Ceutí Ginés Serrán Pagán, have 7 meters tall and weigh 4 tons each. Are, currently, the bronze sculptures of classical mythology of greater dimensions of the world.
The two pillars of Hercules: Abyla and Calpe and it shows Hercules separating with their hands the two continents, Abyla is the mythological name of Ceuta and Calpe to Gibraltar. By its size and grandeur these sculptures impress the visitor arriving at Ceuta in boat or when you walk through its streets.

One of the Hercules is located in the entrance to the port of Ceuta, in the spring of “La Puntilla” and the other in the Plaza of the Constitution, on the old bridge of almina, both overlooking the waters of the Strait.
The author, Serrán Pagán, chose the original scenario of the myth, the Strait of Gibraltar, as headquarters to deploy the work. By the strength of its construction the Hercules of bronze of Ceuta amazed the world for many centuries.
The gateway to Morocco

Ceuta’s perfect location makes it the ideal base to explore Morocco!

The medina of Tetouan and its unique network of shaded alleyways, is a UNESCO-listed World Heritage Site.

Its large mellah (Jewish quarter) was called Little Jerusalem. It is the most lively area after nightfall. Here, the souks are well separated, each trade occupying a precise perimeter. Tarafin street, which is lined with jewellery shops, leads to Hassan II square and the Royal Palace, a fine example of Hispano-Mauresque architecture.

To the west, on the modern side, the new town, El Ensanche, can be found. Its small buildings of five storeys maximum, with shops on the ground floor, were built under Spanish protectorate.

The tangier medina has always fascinated artists. Eugène Delacroix, Henri Matisse, Paul Bowles, Tennessee Williams, Jean Genet… the list is endless. All have fallen for the charm of Petit Socco Square and its cafés, especially the famous Tingis, despite the nefarious reputation acquired during the period when casinos and dance halls abounded.

The old Mendoub Palace, built in 1929, situated to the North of the medina, is now a mansion for foreign VIPs. The museum of the old American Legation is in the Southern extremity. Paintings are on display and one room is dedicated to the American writer Paul Bowles. You should leave the medina by Grand Socco Square, a lively spot in the evening, and enter the new town.

You can enjoy a pleasant walk in the “Mendoubia Park” situated north of Grand Socco Square. A giant banyan tree and a dragon tree, alleged to be 800 years old, highlight the visit. Take rue de la Liberté, a shopping thoroughfare, to the Place de France which is the heart of the modern town. There you will find the celebrated Grand Café de Paris and the El Minzah Hotel which both were haunts of the famous names of arts and literature of the 19th and early 20th centuries. This spot is still very fashionable. You will have an amazing view of the medina and the port and bay of Tangier from Faro Square with its canons. The mythical Hafa café overlooks the Strait of Gibraltar


Duration of the tour 3,30 Hrs.
Additional Comments: Very interesting and historical tour of the city.

Departure from the port to the Embarek Mosque for a photo stop
Passing by the Royal walls and continue to Isabel II viewpoint
Proceed to Morrocco-Ceuta Border
Drive along the Benitez Beach road towards the city visiting Ntra. Sra. Africa
Drive to Monte Hacho, passing by the Desnarigado Castle towards San Antonnio Chapel
Continue to Parque Mediterráneo and free time
Arrival to the ship.

Duration of the tour 5,30 Hrs.
Additional Comments: Once residence of the Spanish High Commisioner, Tetouan lies at the foot of the majestic Rif Mountains. Experience the city on a narrated drive that visit Primo Square and the Palace Hassan II. A guided walking tour explore the Medina, the old Jewish quarter and bazar. Lunch features Moroccan cuisine accompanied by folk music.

Duration of the tour 4 Hrs.
Additional Comments: Exotic tour in Morocco. Very nice city in the north of Africa “Tetouan” the
Jewel of the Rif. 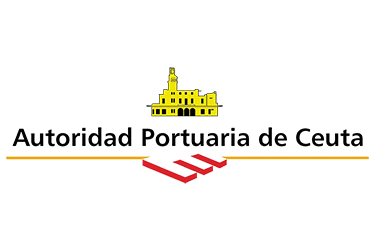 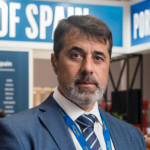 President of the Port Authority of Ceuta