Odessa is a large port and resort on the Black Sea coast, the industrial, scientiﬁc and cultural centre of Ukraine.

Odessa passenger terminal is ideally located in the centre of the city close to the most important tourist sights. Numerous landmarks, a mild climate, an abundance of entertainment, suitable connections to the airport (8km), railway station (3km) and bus station (5km) attract tourists from every corner of the world.

One of the symbols of Odessa, made famous in S. Eisenstein’s ﬁlm ‘The Battleship Potemkin’ are the Potemkin Stairs. The top step is 12.5mtr wide, and the lowest step is 21.7mtr wide giving the illusion of greater length. A person looking down the stairs sees only the landings whilst a person looking up sees only steps. The architectural style of Odessa is unique. The whole central part of the city is an architectural reserve, where the streets are the blend of Gothic and Classicism, Empire style and the Baroque, Renaissance and Art Nouveau.

Odessa is a ‘world capital of humour and laughter’. It is here, nowhere else in the world on April Fools’ Day since 1973 citizens and numerous guests of the city participate in the theatrical procession in the city streets and squares, eﬀervescent humour festival Humorina. Odessa passenger terminal can simultaneously accommodate ﬁve vessels. The terminal includes a concert and exhibition hall, yacht marina, centre of underwater activity, Maritime Art gallery, Anchor Museum and St. Nicholas’ church.

Tourists are met with ceremonial music, modern air-conditioned buses and a variety of fascinating tours. Odessa oﬀers you a wonderful world of art and architecture, bright sun and sparkling sea, yacht journeys and sea cruises. For a proper meeting with the Pearl of Ukraine we invite you to visit Odessa and hope it will leave a lasting impression and a desire to visit again.

In which city geniuses are born most of all? Who and where invented “Beef Stroganoff”? Who was the prototype of James Bond? Who was the first to invent cinematography? Odessa will tell!

Origin of the name: One of the versions assumed the existence of an ancient Greek city-state “Odessos” in the area of Odessa Gulf, which, however, appeared to be in the center of Varna (Bulgaria).

History: Previously, it has been assumed that in the place of Odessa there were no ancient cities, but in 2008 the excavations at the location of Primorsky Boulevard turned out to be a sensation: exactly here an ancient Greek city was situated, known to historians as Istrian Harbour. Glass dome, built over the ancient housing, immediately brings us 2,600 years back. In the medieval period our land was under the influence of the Golden Horde and the Crimean Khanate, then under the Grand Duchy of Lithuania and the Ottoman Empire. It was during the reign of the latter when in the area of Odessa an ancient settlement Khadzhibey was founded (1415). In its territory in the XVIII century the fortress Yeni-Dunya (New World) was built, which wall has been preserved to these days.

After the establishment of the port and the city in 1792 according to the decree of the Empress Catherine the Great Odessa, owing to wisdom and foresight of the leaders Odessa became the third largest city of the Russian Empire. Full-fledged citizens of the city were representatives of more than 100 nationalities, whose heirs live in Odessa till now.

It is difficult to say what Odessa is famous for: Potemkin Stairs or “Beef Stroganoff” dish, the catacombs or the Opera and Ballet Theater? We believe that for people who loved and love their city and created for it. Odessa still gives birth to geniuses and provides the world. The full list is too long, but some of the most famous citizens of Odessa are David Oistrakh and Svyatoslav Richter, Vladimir Zhabotinsky and Sidney Reilly (model for James Bond), ancestors of Sylvester Stallone, Steven Spielberg and Louis B. Meyer, the founder of MGM.

Glory of Odessa Catacombs
Catacombs give unforgettable introduction to Odessa’s War history while visiting the labyrinth of catacombs and the Museum of Partisan Glory in Nerubaiskoye – former Cossack’s military settlement.
You’ll be introduced to the history of Odessa catacombs and escorted on a fascinating underground walk of approximately 500 yards. You will see the restored partisan’s headquarter, workshop, hospital, kitchen, and other facilities.

Panoramic Odessa & Taste of Sparkling Wines
This tour is an exciting combination of city highlands and sparkling wine delights.
You will begin your tour with the exploration of the architectural diversity of the Primorsky Boulevard by viewing the magnificent Potemkin Steps and the monument to the city governor Duke de Richelieu in Roman Toga, the ensemble of the 19th century classical edifices and mansions, elaborate Opera and Ballet Theater. Next you‘ll take a panoramic of the factory and sparkling wine production in Odessa. You will enjoy the wine-tasting session offering the variety of local ‘champagne’ from brut to sweet.

Grand Mansions of Odessa
This special tour will give you deep insight into the rich cultural heritage of the city and its splendid architecture set on orderly planned tree-lined streets and giving the city an appearance of elegance. The buildings display a mixture of different styles, a definite French architecture with Russian flavor, Gothic, Baroque taste and Art nouveau style which came into vogue at the turn of the century.

As early as the first half of the 19th century, the numerous wealthy aristocrats, merchants and factory-owners started constructing their private residences, two-storied mansions with cozy courtyards, elegant iron grilles and porticos, turned into museums and sanatoria in the Soviet times but still retaining their original appearance. You will have the opportunity to see the ensemble of these beautiful buildings while walking along the Primorsky Boulevard and visit three of the former mansion belonging to the known Russian aristocrats the Counts Pototsky, Tolstoy and Gagarin.
Marvel at the elegance of the classic styled Pototsky Mansion housing nowadays the rich collection of Russian and Ukrainian arts. Have a sensation of the past times while sampling tea at the Tolstoy Mansion and enjoy the violin concert performed by young talented musicians at Gagarin Mansion.

Akkerman Fortress
This special tour will provide you with the best overview of Ukrainian countryside and of the most renowned historical sites in the Odessa region, the Akkerman Fortress. The foundation of which goes back to thе 13th century.
The medieval Akkerman fortress dominates over the Dniester and has nearly preserved its original form. While walking round the fortress slow down for a while in the garrison courtyard and watch the contest of the knights specially arranged for you. Have a look at the excavation site of the ancient Greek settlement Tyras that is located next to the entrance to the fortress and goes back to the 6th to the 1st centuries B.C. After the visit enjoy a Ukrainian style lunch accompanied by a folkloric performance. 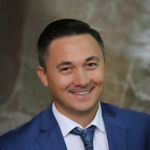 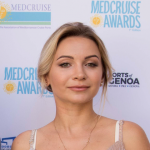