Palermo is the main gateway for an extraordinary journey through centuries of history and culture: an unforgettable route through cultural and social layers which characterize the city of Palermo and all Sicily island.

The Port System Authority – whose primary tasks are to direct, plan, coordinate and promote port operations and other commercial and industrial activities in the ports of Palermo, Termini Imerese, Trapani and Porto Empedocle – is dedicated to continuous improvement and high-quality facilities to meet the increase in services and to strengthen the overall port efficiency. A series of modernization interventions are under way to accommodate giant ships, satisfy passenger expectations and guarantee all safety measures according to the European standards. One of the main goal is to enhance the infrastructures and services in order to create new quality area for cruise passengers.

Palermo is a world class destination with many fascinating old buildings and historic relics to be explored, in addition to a wide selection of shops, restaurants and theatres. Cruise passengers can also take an excursion into the spectacular hinterland of Sicily, with its dramatic mountains, scenic villages and fine seaside resorts. A quick step off the ship and you immediately feel the liveliness of the city around you. Palermo is a city of art, home of a living nation and of a people whose heritage goes back thousands of years, a history containing many contradictory elements, merged together, but recognizable in every gesture and movement used today. Arriving in Palermo is always an event, no matter where you come from, what mode of transport you use, no matter the season, nor the hour of day or night. It is the feeling of being in the heart of a fascinating and mysterious world, closed between a shining sun and a sparkling sea. Palermo enjoys an exceptionally long cruise ship season: the welcoming climate that lasts throughout the year, makes this a superb tourist spot.

The area of Termini Imerese presents attracting destinations, such as the Himera archaeological site and the Arabs thermae of Cefalà Diana. Also two port destinations like Trapani and Porto Empedocle are already attracting bigger and smaller cruise companies, due to their territories full of archaeology, arts, landscapes, wine-and-food of quality, but they need to be reorganised and requaliﬁed. Around Trapani you can visit the archaeological areas of Segesta and Selinunte and the Phoenician site on small island of Mozia, Trapani’s recovered old centre or Erice’s medieval village. Porto Empedocle is situated at few kilometres from Agrigento’s Valley of the Temples, Pirandello’s home, the Turkeys’ stairs beach and the Platani river natural reserve, to mention the most interesting destinations in these areas.

Palermo has always been a multi-ethnic city. Over the centuries it has been populated by Phoenicians, Byzantines, Arabs, Normans, Jews, Swabians, Angevins, Spanish: people and cultures that have turned this land into a place of magnificence mixed often with urban decay, and the port has perennially played a determinant role.

There are few urban centres that can boast a natural port which is an integral part of its own urban fabric, like Palermo, with ancient buildings of historical relevance such as the Castello a Mare. It is situated between the industrial port and the Cala marina and it was built in Muslim times.

Close to the port there are The Cala, the city historical port, now a nice place for a promenade, and the The Foro Italico, a symbolic landmark of the city, now called “Sea of green”: the blue expanse of the sea combined with the green of the Foro Italico constitute an extraordinary frame for the ancient Kalsa Arab settlement.

Palermo markets: Vucciria, Capo, Ballarò and Borgo Vecchio are the most characteristic places of Palermo, very rooted in the past

Not to forget… There are many bars, pastry shops, fast food, small restaurants along the main  old street where you can drink excellent espresso or cappuccino, taste the delicious Italian ice cream, or the famous street food as boiled octopus, “stigghiole” (guts of kidskin, barbecued lamb or calf), sfincione (a kind of pizza), or panelle (fried chickpeas puree). 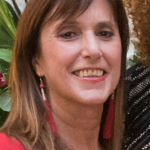