Fifth forum of the Cruise Market Monitor in Alicante

The Alicante Tourism Centre (CDT) organised on December 15th, 2010 the Fifth Forum of the Cruise Market Monitor, which brought together tourism professionals from throughout the Valencia region.

This fifth forum focused on source markets. Previous workshops were dedicated to Belgian, Dutch, German and American markets, and the golf market. The success of these forums has resulted in becoming a vital event for tourism professionals. The conference was opened by the Councillor for Tourism, Belén Juste, the president of the Port Authority of Alicante, Miguel Campoy, and the mayor of the city, Sonia Castedo.

Juste said in her speech that “this forum will allow us to fully meet the current situation and to act in this key market” and that “it is of great interest to the professional and to the employer to have the full picture of the market in order to set coherent strategies at key moments.” She stated that “Valencia has favourable conditions for the development of this market, not only due to its good weather, but for its superb range of tourism and leisure opportunities, and for its excellent port infrastructure.” In these good conditions, “we have to add the holding of major events like the Volvo Ocean Race and the imminent arrival of the AVE (Spain’s high-speed rail), in a few days, to the region,” said the Councillor.

Miguel Campoy said that “in recent years, the port of Alicante has maintained annual passenger traffic increase, achieving near 100,000 passengers in 2009.” He added that the main advantage of the port lies in its “excellent infrastructure” and the wide availability of its berthing line. In a few days, work will begin on “improving bollards at the berthing facilities at pier 14.”

This project will allow for the mooring of any type of cruise ship at the port of Alicante, since the old bollards will be replaced with new supports capable of holding up to 150 tons per bollard. This will include the entire pier length in front of the cruise terminal.

All eyes turn to the facility that has been given a leading role in the area, the Maritime Station, which has been showing “great flexibility” because of its ability to accept cruise ships, allowing simultaneous disembarkation by walkways and fingers, achieving a passenger throughput of more than 3,000 cruise passengers at one time. 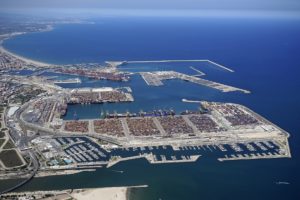 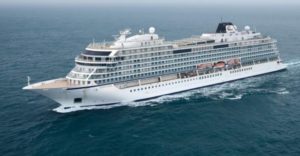