Greek deputy minister of culture and tourism, George Nikitiadis, addressed the assembly to confirm the importance of cruise tourism in Greece, proven by the admission to MedCruise of six Greek port members at Cannes. The assembly voted in a record number of new members – eleven port members and six associate members.

The General Assembly was held on the third day of the Seatrade Med Cruise Convention and exhibition. MedCruise, principal supporter of Seatrade Med, constructed its largest ever trade show pavilion, housing 36 stands at which 43 of its members exhibited.

Topics discussed by the assembly included waste management at ports, joining efforts with other regions on finding solutions to reducing at-port ship emissions, the selection of a cruise port benchmarking consultant, the creation of MedCruise “day workshops” on cruise port operations, and the MedCruise 2010 Mediterranean cruise statistics report.

During the General Assembly, Peter Wild of G. P. Wild (International) Limited presented the opportunity for Mediterranean ports to participate in the European Cruise Council’s 2011 study on the economic benefits of the cruise industry.

At the end of the meeting, the assembly voted to hold its 38th General Assembly on June 2nd, 2011, in Tunisia. 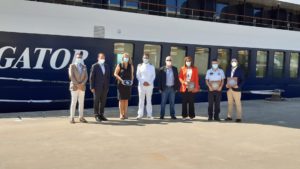 Cruises return to the Port of Lisbon 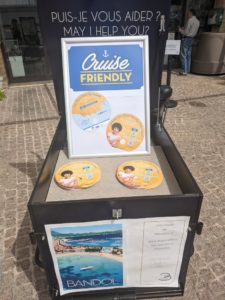