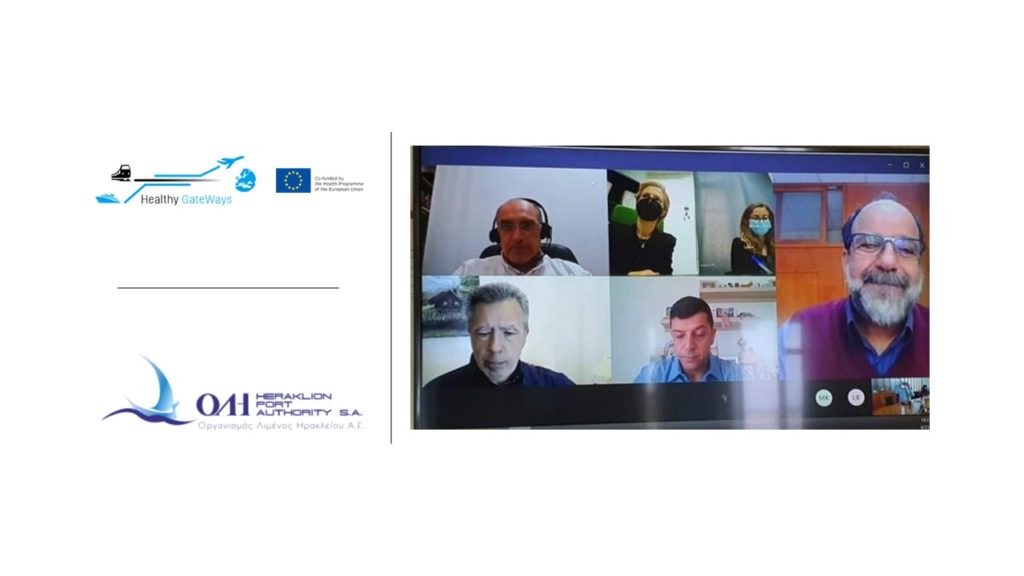 In view of the 2021 season cruise resumption, the Port of Heraklion Administration, has already started the planning and the necessary actions for the implementation of the new health protocols.

Heraklion Port Administration considers the updating of the very successful 2020 Action Plan (designed for dealing with eventual Public Health incidents in Heraklion port) of paramount importance; it has to be stressed that last year, this same plan was used by many Greek ports as the blueprint for drafting their own Action Plans.

For this reason, a teleconference was held on Wednesday, April 21, 2021, under the scientific guidance of Professor of Hygiene and Epidemiology of the University of Medicine of Thessaly, Mr. Christos Hadjichristodoulou and Associate Professor of Hygiene and Epidemiology Mrs. Barbara Mouchtouris, both acting as coordinators of the European Common Action EU HEALTHY GATEWAYS.

The meeting was attended on behalf of HPO by the CEO Mr. Minas Papadakis and the Cruise Manager Mrs. Kyriaki Kampana.

Representing responsible local bodies, the teleconference was attended by:

Mrs. Lena Borboudaki, Director of the 7th Health District of the Region of Crete,

Dr. Antonis Papadakis, Deputy Head of the Department of Public and Environmental Health of the Region of Crete and

The meeting took place within the context of the Memorandum of Cooperation signed between the University of Thessaly and HPO earlier this year, concerning the scientific guidance of Heraklion port on all issues related with International Health Regulations and the updating of the Port Action Plan (for dealing with eventual public health incidents).

Special acknowledgements are also addressed to all local stakeholders, who once again generously offer their valuable help and working time and stand as great supporters for the safe cruise resumption in the wider East Med basin.

Resumption of cruising in Cartagena 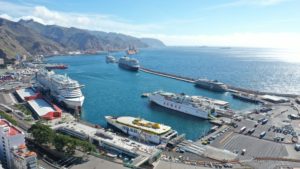 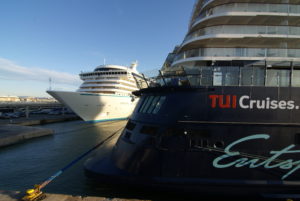