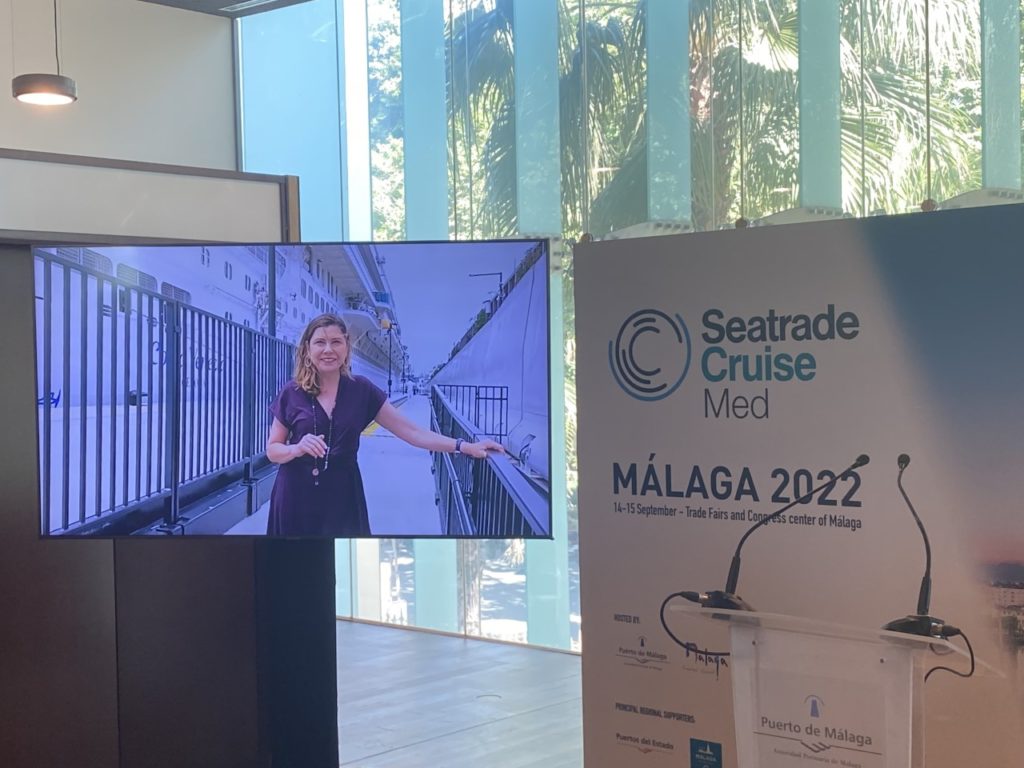 The cruise lines and main agents in the cruise sector have marked Malaga on their calendars since, on September 14 and 15, the capital will host the international event ‘Seatrade Cruise Med’.

The organization of Seatrade will once again bring together the cruise industry, in a professional meeting that will have the participation of more than 3,000 visitors and more than 150 exhibitors at the Palacio de Ferias y Congresos de Málaga (FYCMA).

Seatrade Cruise Group Porfolio Director, Mary Bond, was “delighted to be holding Seatrade Cruise Med in Malaga this September. After a lengthy period of pivoting and readapting – and thanks to continued collaboration with our hosts and supporters – we’re excited to bring the cruise community from the Mediterranean and its adjoining seas back together!’. to “celebrate Seatrade Cruise Med in Malaga and to bring the cruise community back together after a long period of change and readjustment and thanks to the continued collaboration with our hosts and collaborators”.

The fair, under the slogan ‘Steering change together’, will analyze the needs and opportunities of the sector in the Mediterranean today; will show the latest developments in naval equipment innovation, among other services; and, in addition, it will facilitate the establishment of contacts between professionals from more than 70 countries.

Parallel to this meeting, an agenda of activities in the Port and City area will also be developed. It is called ‘Málaga Cruise Days’ and has the aim of making the cruise industry known to the citizen and making them participate in this event, which will be held the same week in which the professional event will take place, between September 13th and 17th.

In this sense, the president of the Port Authority, Carlos Rubio, highlighted that “the Palm Grove and Muelle Uno areas will simulate the deck of a cruise ship, hosting concerts, conference cycles and exhibition spaces, among other activities typical of life on board, that the citizen and the visitor will be able to enjoy in a unique space close to the sea”. In addition, he added that “Málaga has always been a very welcoming destination for cruise passengers and we want to make them participate in this celebration as well”.

All the activities of both the professional meeting and the citizen event are coordinated by the Port Authority, the Tourism Area of ​​the Malaga City Council, Costa del Sol Tourism and Planning and the Andalusian Government as sponsors of the fair, as well as Malaga Cruise Port, Global Ports Holding, Suncruise Andalucía and Ports of Spain as supporters, since the collaboration between the institutions that work together in the promotion of this segment has been fundamental to celebrate an event of these characteristics.

Also noteworthy is the role of the Mediterranean Cruise Ports Association, Medcruise, since the integration of the Port into the association, to which it has belonged since 1996, was one of the requirements for choosing Malaga to host Seatrade Cruise Med.

The president of Medcruise, Figen Ayan, is “completely sure that the entire Malaga team is preparing a fantastic event that we will enjoy together next September.”

This important meeting will be a unique opportunity to position Malaga and the region of Andalusia on the cruise tourism world map. The celebration of this fair will also reinforce the role of Spain as a top-level destination.

The Mayor of Malaga, Francisco de la Torre, spoke in this regard, assuring that “Málaga cannot be understood without its port, a strategic enclave and symbol that has always been linked to the city’s prosperity. Seatrade Cruise Med will make us an international showcase for the sector, help to consolidate Malaga on the international map of cruise tourism in a key year, in which we began to recover the volume of calls prior to the health crisis”. And he added that “we are convinced that the collaboration between institutions and the private sector in events like this help us to strengthen a sector that is strategic in the city’s tourism plans.”

On the other hand, the president of the Diputación de Málaga, Francisco Salado, valued “the location, the options offered by the destination to organize complementary activities to the fair, the good air, rail and road connections, as well as the hotel capacity of the capital and the province, which have given us a privileged place to be chosen as the venue for this outstanding meeting. A meeting that will help us to delve into market trends and technological advances, and that will undoubtedly offer us opportunities for collaboration to forge new connections”.

The General Secretary for Tourism of the Junta de Andalucía, Manuel Muñoz, stated that the event will allow “to place Andalusia at the world center of cruises and position this segment in the place that the destination deserves”, due to its complete offer and complementary proposals to this product. Muñoz pointed out that, after two “hard” years due to the pandemic, the cruise sector faces the future with optimism and is confident that the meeting will be “a success” that will boost the segment in the community and will allow Andalusia to surpass historical records in cruise passengers.

During the last years, Málaga has generated great interest in the sector as the venue for this meeting. The  institutions and companies will combine all their efforts to meet the expectations of the attending professionals.

Below is a link to the website of the professional event with all the information:

Seatrade Cruise Med | Sustaining the future of cruise across the Mediterranean and adjoining seas (seatradecruiseevents.com) 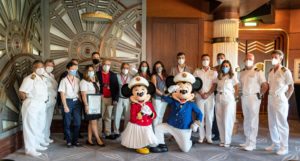