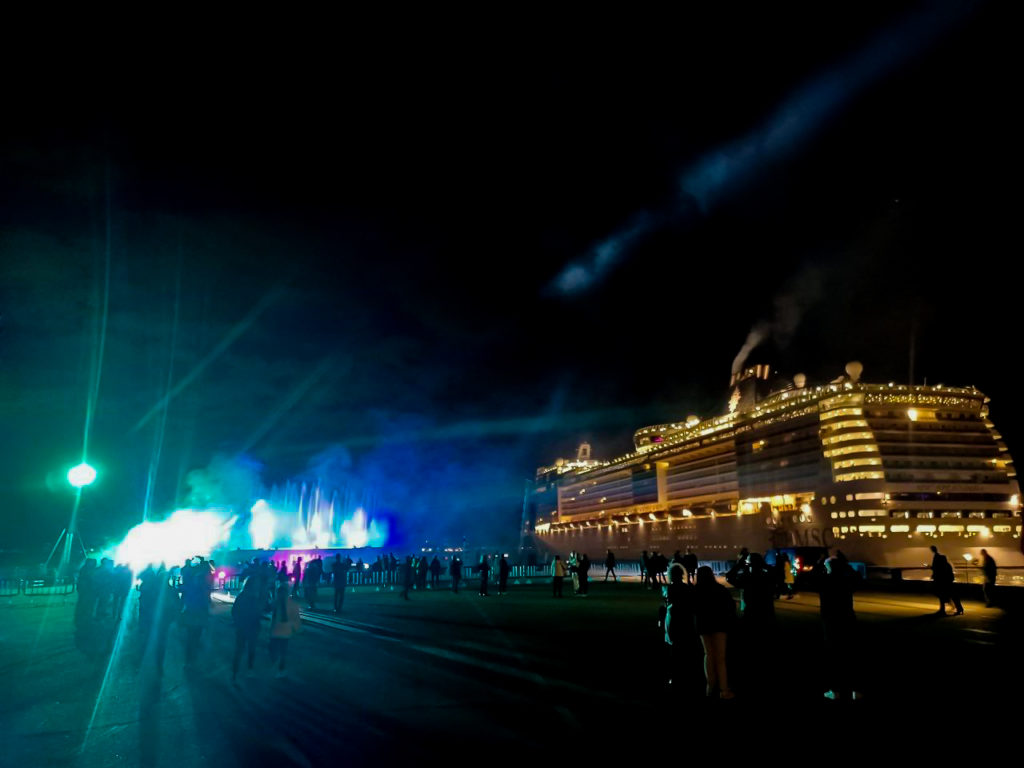 The Cruise Season Closing Ceremony celebrated on last November 10th at the San Cataldo pier in the port of Taranto was a historical event.  For the second consecutive year, the Port Network Authority of the Ionian Sea – in collaboration with the Municipality of Taranto, the regional tourism agency Pugliapromozione and Taranto Cruise Port – has, in fact, taken the opportunity of the last call of the 2022 cruise season to honour and thank the nine companies that have chosen to call at Taranto in what turned out to be a sensational cruise season.

We salute you!  The salute to the last cruise ship in port for this brilliant year literally lit up the West Side of the San Cataldo Pier with an unprecedented choreography of lights, rock music and dancing fountains: a show worthy of a ‘rock port’ that enchanted the thousands of passengers on board the ship, the Authorities, the cruise cluster components and the port operators attending the Cruise Season Closing Ceremony. From the pier, the lights and the festive water works of the tugboats accompanied the unmooring operations of the MSC Splendida, giving an unprecedented skyline to Taranto port-city.

With the last call on the 2022 calendar, a particularly successful cruise season officially ends for the port of Taranto, which has recorded significant numbers, gaining a prestigious place in the Mediterranean scene of cruise destinations, thanks to the important Destination of the Year award attributed to the Ionian port of call on the occasion of the Seatrade Cruise Awards, last September.

Indeed, in the current year, the port of Taranto has been included in the itineraries of nine cruise companies: MSC Cruises, Marella Cruises, Phoenix Reisen, Road Scholar, Noble Caledonia, Celebrity Cruises, P&O Cruises, Sea Cloud and TUI Cruises. The current year has totalled as many as 54 cruise calls and the handling of around 110,000 passengers.

‘Yesterday evening’s Closing Ceremony – said the President of the Port Network Authority of the Ionian Sea, Sergio Prete – wanted to represent not just a heartfelt thanks to the cruise lines that have chosen Taranto for their cruise itineraries in the Mediterranean but also a celebration for the around 110,000 passengers and for the award of the ‘Destination of the Year’ received at Seatrade in Malaga. We wanted it to be experienced as a moment of celebration, for the port and the city, which represent a winning combination of a synergy that year after year, has written together – as part of a positive governance operation also shared on a regional level – a new culture of hospitality, allowing the many cruise passengers to enjoy the beauties of Taranto and the neighbouring areas.’

‘We have a number of reasons to be satisfied with this cruise season – in Mayor Rinaldo Melucci’s words – starting from the passenger figure, which is growing to almost 110,000 units, reaching numbers that we would have dreamed of until a few years ago. It is a unique achievement, which has brought us prestigious recognition, such as the “Destination of the Year” in the context of the prestigious Seatrade Cruise Awards, but above all the growing interest of international operators, such as Costa Cruises which will stopover in Taranto in 2023. An exceptional team effort, which has seen the Authority and the president Sergio Prete at the forefront, which we have convincingly supported because we are aware of the value of the port as an offshoot of the city and a platform for imagining and building our future’.

‘Cruise tourism – declared the Councilor for Tourism, Development and Tourism Entrepreneurship of the Puglia Region, Gianfranco Lopane – has a multiplier effect: visitors who touch upon the beauty of the Puglia region for a few hours return to stay for longer periods. Taranto has seen a significant increase in the numbers of the sector thanks to the synergy among the Port Authority, the Puglia Region and the Municipality, but also between public and private institutions. A successful collaboration that we have recently consolidated with a regional notice aimed at financing communication and promotional initiatives in support of the Puglia brand implemented by cruise companies and tour operators who organize charter chains in the boating sector. We are allocating 400,000 Euros on an experimental basis for the activities that will take place in 2023.  As reported in CLIA’s State of the Cruise Industry Outlook, a full-time job is created for every 24 tourists. This validates our investment choices, in the certainty that Taranto will be able to continue to grow and represent a development opportunity for the entire province, for the Puglia destination and for the South’.

‘The 2022 season – said Raffaella Del Prete, general manager of GPH Italian Cruise Ports – was full of satisfaction for Taranto Cruise Terminal: in a few years the destination has grown and we close 2022 with around 110,000 passengers and the announcement of the arrival of Costa Cruises with significant embarkation and disembarkation volumes. Based on these results we are preparing for the years to come with the aim of attracting new cruise companies and consolidating the presence of those who have already chosen us’. 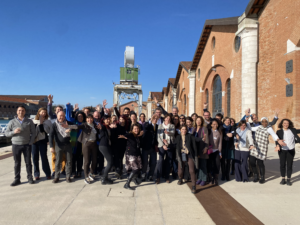 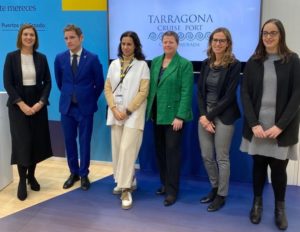